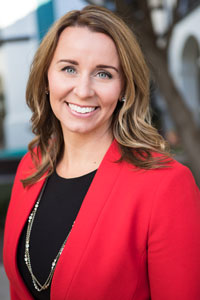 Jenn Daniels was elected to a four-year term as Mayor of the Town of Gilbert in August 2016. Previously Jenn served on the Gilbert Town Council from 2009-2016 and as Vice Mayor from 2011-2012. Jenn serves on many regional boards including Maricopa Association of Governments Regional Council, Regional Transportation Policy Committee, Greater Phoenix Economic Council and League of Cities and Towns Executive Committee.

Jenn is passionate about local government and the power to positively impact the lives of those she serves. She is committed to the future of Gilbert and, as part of the Town’s “City of the Future” initiative is focused on innovating local government in the areas of fiscal responsibility, infrastructure and technology and community prosperity. Under Jenn’s leadership, the Town has implemented advisory groups including Advancing Education in Gilbert, ONE Gilbert and the Executive Advisory Committee. During Jenn’s time in leadership the Town has achieved AAA bond ratings from all 3 rating agencies, opened 2 new parks and transformed the Heritage District into a regional destination with some of the best restaurants in AZ – all while remaining the safest community in Arizona with the lowest cost of service in the valley.

Jenn makes being a mom to four kids spanning high school to elementary her top priority and spends her free time hiking, reading, organizing all the things and baking.