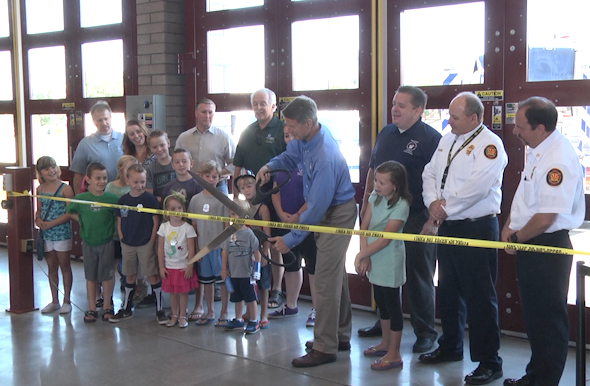 Gilbert, Ariz.- Some Gilbert residents will soon see faster response times from firefighters after the opening of the new Fire Station #7 building. The station was relocated a mile and a half from its previous location because of the shifting population in the area and to keep response times under four minutes.

Mayor John Lewis cut the ribbon at the new station during a dedication ceremony Saturday. The building uses LEED certified best practices, including sustainable elements, which will improve efficiency and longevity for the structure.

Gilbert Fire and Rescue Battalion Chief, Brian Ruffentine, led the project that was more than two years in the making.  He says the design of the new two-story, three-bay station kept firefighter safety as a priority.