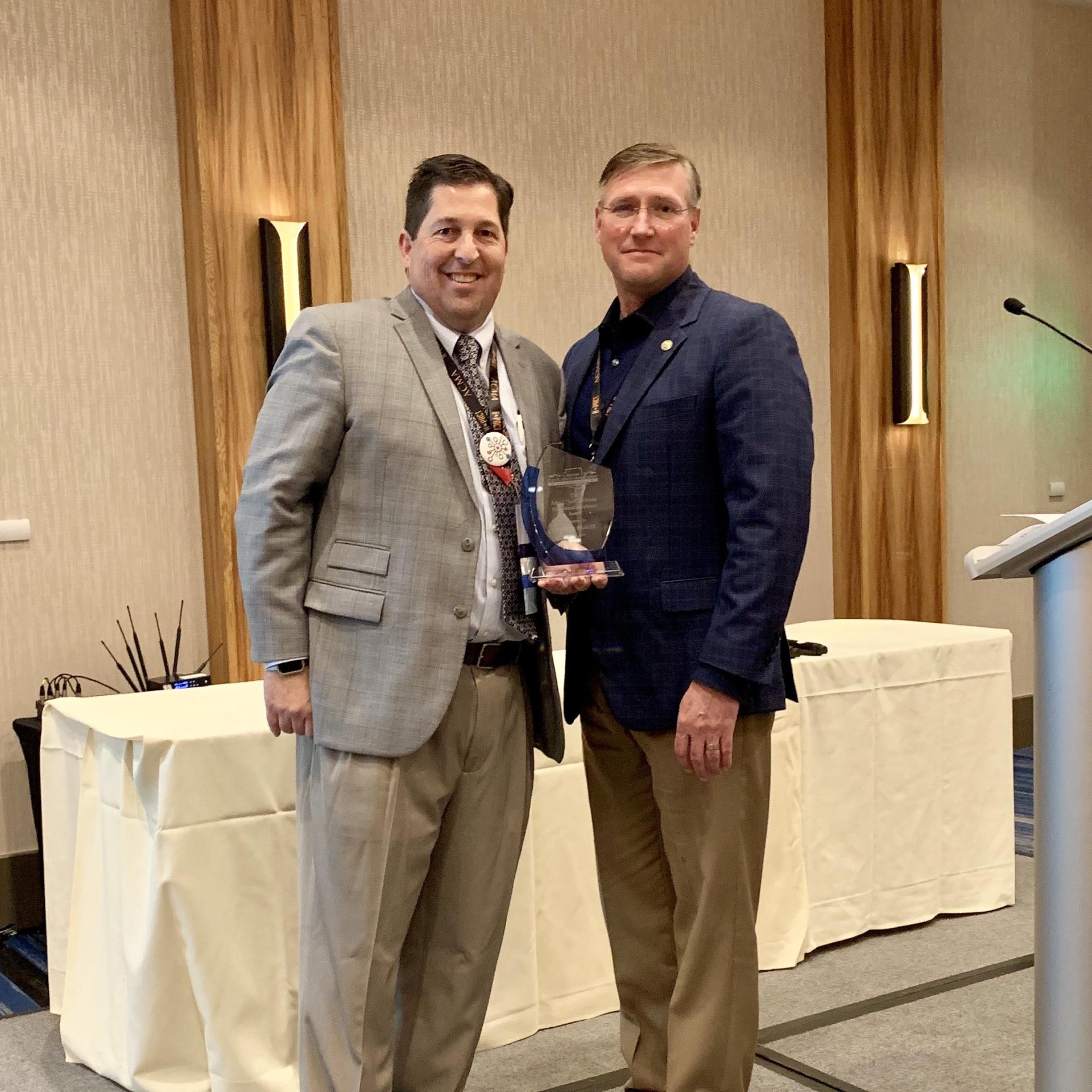 Gilbert, Ariz. - Patrick Banger, Town Manager of Gilbert, Arizona is the recipient of the Arizona City/County Management Association’s (ACMA) highest honor, the DeBolske Award. Banger received the award Thursday, January 31, 2019, at the ACMA winter conference in Sedona after serving as the Town Manager for more than seven years in Gilbert.

The John J. DeBolske Professional Excellence Award was created in 1997 to recognize city/county managers who demonstrate the highest level of professional excellence in local government and who have made life contributions in serving the profession. The namesake of the award, Jack DeBolske, was the Executive Director of the League of Arizona Cities and Towns for 40 years.

Under Banger’s leadership, Gilbert has seen key innovative initiatives thrive, including SPARK App League, Long Range Infrastructure and the Native American Internship program. He has been a key leader in transforming Gilbert from a bedroom residential community to a premier location for corporations. Some noted accomplishments include Nationwide Realty Investors’ landmark development, Rivulon, the revitalization of the aging downtown, growth of Northrop Grumman’s Satellite design and assembly facility, expansion of MD Anderson’s Cancer Center and the recruitment of Deloitte’s US Technology Delivery Center bringing 2,500 jobs to Gilbert in areas of Artificial Intelligence, Machine Learning, Cloud Computing, Data Analytics, Autonomous Vehicles and IOT.

About ACMA
The Arizona City/County Management Association was established in 1954. It is a non-profit, professional organization dedicated to increasing the knowledge and ability of city, town, and county managers, as well as other local government administrators and to strengthen the quality of local government in the State of Arizona through professional management, education, training, and the mutual exchange of information.