Gilbert, Ariz.- Today, Mayor Jenn Daniels announced that Gilbert, Arizona has been selected as one of 10 new cities to participate in Bloomberg Philanthropies’ What Work Cities (WWC) initiative – one of the largest-ever philanthropic efforts to enhance the use of data and evidence in the public sector. Gilbert will receive technical assistance from world-class experts to build capacity to address local issues. Gilbert will work towards strengthening resident engagement on infrastructure and economic development by developing a data inventory and a plan for prioritizing and releasing data both internally and to the public.

Gilbert’s selection, along with that of nine other new cities, was announced today by former New York City Mayor Michael R. Bloomberg at the second annual What Works Cities Summit, taking place March 28-29 in New York City. The event is gathering more than 300 participating mayors, city managers, chief data and innovation officers and other frontline practitioners to learn from experts and each other. Gilbert Town Manager Patrick Banger, Chief Digital Officer Dana Berchman and Multimedia Analyst Derek Konofalski are representing Gilbert as the community kicks off this initiative.

With 77 mid-sized U.S. cities now partnering with What Works Cities, the initiative is now three quarters of the way toward its goal of 100 cities, set at the program’s launch in April 2015. All together, these 77 cities come from 36 states, represent more than 25 million residents and have annual budgets exceeding $90 billion. The initiative will partner with 100 cities on a rolling basis through 2018.

"Gilbert is excited to be selected to participate in the What Works Cities initiative,” said Gilbert Mayor Jenn Daniels. “We are committed to making government more accessible and partnering with What Works Cities will further promote our dedication to open data and digital government and will improve our interactions with our residents.”

“We’re thrilled to welcome these new cities to our growing community,” said Simone Brody, Executive Director of What Works Cities. “They have affirmed their commitment to using data- and evidence-driven governance to deliver enhanced results for their residents, and we’re proud to partner with them as they continue working toward that goal.”

With support from a consortium of expert partners, What Works cities are identifying more effective ways to evaluate programs and improve performance; best use resources to serve their communities; and address a range of social challenges – from poverty and inequality to public safety. Another key benefit is joining What Works Cities’ growing national network of local leaders and global experts actively sharing best practices for outcomes-focused government. 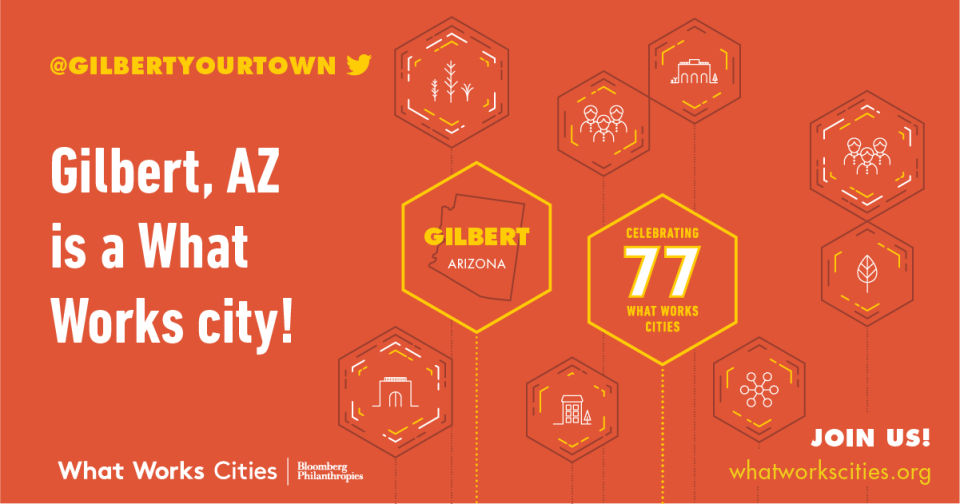 About What Works Cities:
What Work Cities, launched in April 2015, is one of the largest-ever philanthropic efforts to enhance cities’ use of data and evidence. Through the initiative, which has committed to providing technical assistance to 100 cities on a rolling basis through 2018, cities around the country are receiving support, guidance and resources to succeed. In 2016, What Works Cities was named by Forbes as “one of the ten most promising philanthropic bets” of the year and by Engaging Local Government Leaders as the “most important company operating in the local government arena.” For more information, please visit whatworkscities.org.