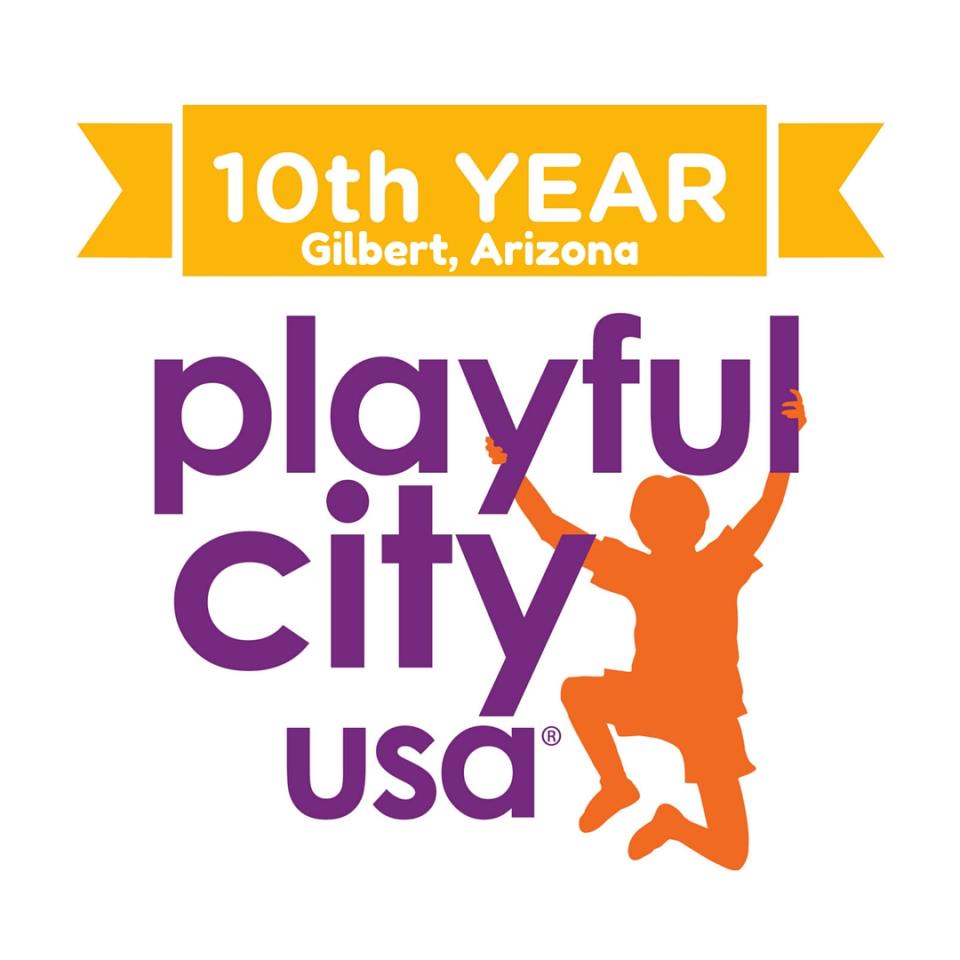 Gilbert, Ariz. – Gilbert, Arizona is being honored with a 2016 Playful City USA designation for the 10th time. Celebrating its 10th anniversary, the national recognition program honors cities and towns across the country for making their cities more playable. Gilbert currently offers three community centers, two public libraries, four public pools, nearly 50 miles of trail system, and more than 600 acres of developed parkland. This year Gilbert Parks and Recreation updated and replaced seven playgrounds across the community, added a disc golf course at Freestone Park and embarked on the initial planning stages for Gilbert’s Regional Park, a 272-acre park being developed in south Gilbert.

“We’re proud that Gilbert is a founding Playful City USA community,” said Mayor John Lewis. “Gilbert’s play opportunities are endless from our beautiful parks to our active recreations centers; there’s a playful opportunity perfect for every resident. We look forward to expanding our play options with the development of Gilbert’s regional park that, at build-out, will be one of the largest parks in the Southeast Valley.”

Communities across the country are creating innovative ways to bring back play and attract residents through family friendly activities. Interactive sidewalk art, designated play spaces on trails and the transformation of schoolyards into active play areas are just a few examples of how cities are becoming more playful.

“We are thrilled to recognize these communities that have invested their time and efforts to put kids first,” said KaBOOM! CEO James Siegal. “Balanced and active play is crucial to the well-being of kids and the communities that they thrive in.  By integrating play into cities, the leaders of Playful Cities USA are working to attract and retain the thousands of families that want homes in close proximity to safe places to play.”

To learn more about these cities, see the full list of the 257 communities named 2016 Playful City USA honorees, or to gather more information on the Playful City USA program, visit www.playfulcityusa.org. We also encourage you to take part in the conversation on #playability with these thought leaders on Twitter and Facebook.

About Gilbert, Arizona
Located in the southeast valley of the Phoenix metropolitan area, Gilbert, Arizona has a resident base of nearly 240,000  and is nationally recognized as the 22nd best place to live in the nation (CNN/Money Magazine, 2014); 2nd safest community in the nation (FBI Uniform Crime Report Data, 2015); one of the Top 10 Cleanest Cities in America (Expedia, 2016), and has the highest median income in the nation (WalletHub, 2015).  For more information, visit www.gilbertaz.gov or follow Gilbert on Twitter at @GilbertYourTown.

About KaBOOM!
KaBOOM! is the national non-profit dedicated to giving all kids – particularly those growing up in poverty in America – the childhood they deserve filled with balanced and active play, so they can thrive. Since 1996, KaBOOM! has collaborated with partners to build, open or improve nearly 16,300 playgrounds, engaged more than one million volunteers and served 8.1 million kids. KaBOOM! creates great places to play, inspires communities to promote and support play, and works to drive the national discussion about the importance of play in fostering healthy and productive lives. To learn why #playmatters: visit kaboom.org or join the conversation at twitter.com/kaboom or facebook.com/kaboom.