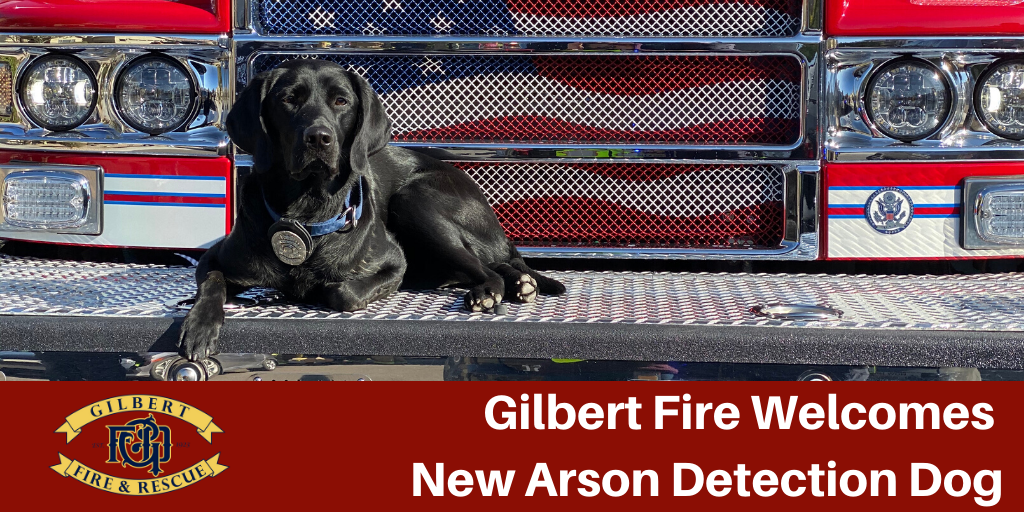 The Gilbert Fire & Rescue Department is excited to welcome a new member to their team, Zeta, the department’s new Bureau of Alcohol, Tobacco, Firearms and Explosives (ATF) arson detection dog. Zeta came to GFRD last month after a six-week training course in Virginia with her handler, fire investigator David Zehring, and ATF.

Watch to learn more about Zeta.

Join Gilbert's Fire & Rescue and Police Departments for a 9/11 Memorial Ceremony at 6 PM on Wednesday, September 11th at the 9/11 Memorial Plaza at 50 E. Civic Center Drive.

The event will begin with the Ceremonial Team bringing the colors to half-staff in honor of those who made the ultimate sacrifice during the terrorist attacks on September 11th, 2001. There will also be a performance from the Desert Ridge High School band as well as remarks from Fire Chief Jim Jobusch, Assistant Police Chief Jeff Thompson and Fire Captain Chad Rice. The Tribute in Light will take place from 7:30 PM to 10:30 PM. 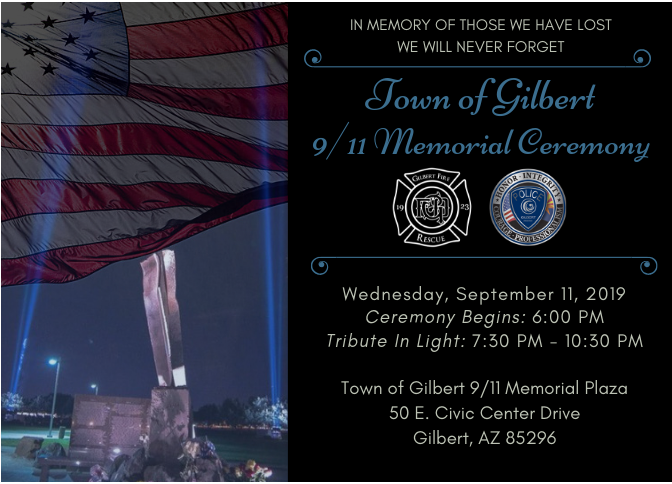